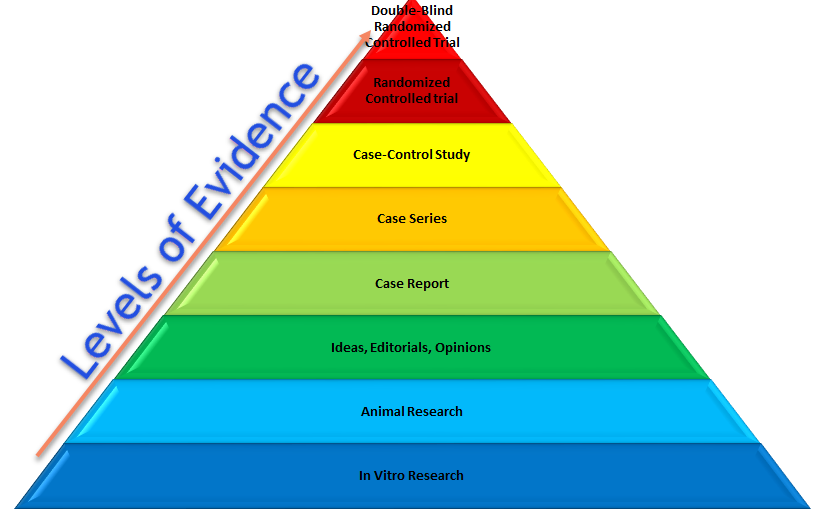 Levels of evidence from broadest to most rigorous

In vitro research - "test tube" research performed with cells, biological molecules or microorganisms outside of their biological context.

Ideas, editorials, opinions - analysis and opinions of individuals often experts in the field being discussed.  These ideas do not necessarily reflect the opinions or recommendations of the medical community as a whole.

Case series - research that tracks subjects with a known exposure like a treatment.  Tracking is generally done through medical records.

Randomized controlled trials - research that attempts to reduce bias by randomly assigning subject to two or more groups with differing interventions and comparing them to a measured response.

Randomized controlled double blind studies - these are considered the gold standard for medical evidence.  Like a randomized controlled trial, subjects are assigned to two or more groups for comparison of a response, but neither the participant nor the researcher knows to which group the participant has been assigned.  This research, when correctly performed, produces results that are unbiased.